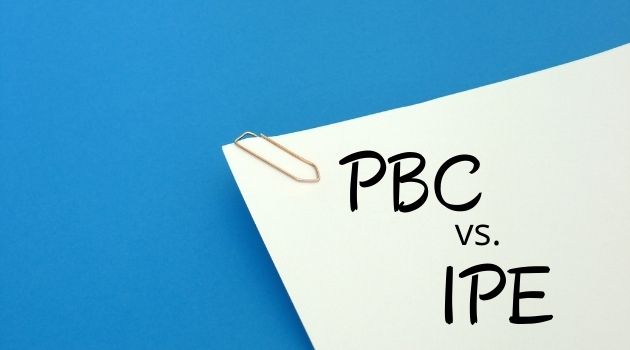 Whenever you are performing an audit, you will typically need to get evidence from the group that you are auditing. This evidence is used to support your audit work and critical to supporting your conclusions. When it comes to audit evidence, an ongoing question is around the difference between PBC and IPE documents. In this post, I’m going to share with you the difference between PBC and IPE so that you are clear on the concepts.

PBC stands for Provided By Client.

PBC documents are typically documents that have been expressly requested by auditors to support their audit work. This means that the information or evidence has been provided by the client in response to a request by the auditor.

When ‘PBC’ is written or typed on audit workpapers, it clearly differentiates between documents that the auditor created and what the client created/provided. This difference is very critical because it helps those reviewing the workpapers to understand how the provided evidence impacted the audit work. That is, it helps explain which documents provided by the client was used for testing.

So, one key difference between PBC and IPE is regarding the purpose for which the document was created. I will explain that more below.

It is important to note that companies do not only create reports for audits. They routinely create reports for their own day to day control activities as well. As such, they have a need to document these reports to support how they are performing controls. When reports are used to in support of Internal Controls over Financial reporting, they company also needs to follow the rules regarding validating the reports.

This means that companies also need to show that they validate the completeness and accuracy of IPE reports that are used when performing their controls.

So, as noted above the key difference between PBC and IPE is that PBC is created based on an audit request while the IPE is not.

Based on the explanations above, please note the two key points below about the difference between PBC and IPE.

Summary of difference between PBC and IPE

The summarize the differences that were described above:

You can also check out these other related posts.

5 key things you need to know about starting an IT Audit Career.